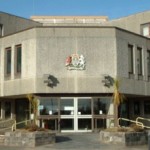 Comhairle nan Eilean Siar has welcomed comments made ‘s Royal National Mòd 2016 official opening event by President of An Comunn Gaidhealach, John MacLeod, calling for further preservation of the language and its culture in the Western Isles. In his address to those gathered at the official opening of the week-long Gaelic showcase in the Lews Sports Centre, Mr MacLeod said:
“I firmly believe that the Western Isles should be specifically supported as a language preservation and development area. That does not mean that this is the only area where Gaelic will survive. Gaelic will survive elsewhere in Scotland where the number of speakers continues to increase, but if the special environment that still exists in the Western Isles is lost, the very heart of the language will be lost.
“I have previously called for consideration to be given to seeking a UNESCO World Heritage designation for the distinctive language and culture of the Western Isles, but my focus this evening is on the special cultural significance of our “seann nòs”.  Since 2008, nearly 400 cultural traditions throughout the world have been listed by UNESCO as meriting support to maintain their unique “intangible cultural heritage”, ranging from oral traditions to performing arts, traditional dances and craftsmanship. Interestingly, none of these is in the United Kingdom. I believe that the distinctive “seann nòs” of our Gaelic heritage in Scotland, and in particular the Western Isles, deserves to be recognised alongside these other cultural traditions.”
Convener of Comhairle nan Eilean Siar, Norman A MacDonald commented: “Anything that can be done to preserve, enhance and develop Gaelic as a language is to be warmly welcomed. The Callanish stones already has a UNESCO designation and St Kilda has dual World Heritage status – the only site in the UK to do so – one of which is for the culture and one for the environment. Such a designation being proposed for Gaelic would ensure that the heritage and culture of the Hebrides is put on a par with similar cultures and traditions around the world. The Comhairle has been, and continues to be, very supportive of Gaelic in all of its operations and that support will continue in the future. We would, of course, be fully supportive of An Comunn’s calls for Gaelic and the traditional cultural heritage to be given UNESCO World Heritage status. We look forward to assisting An Comunn with their efforts.”